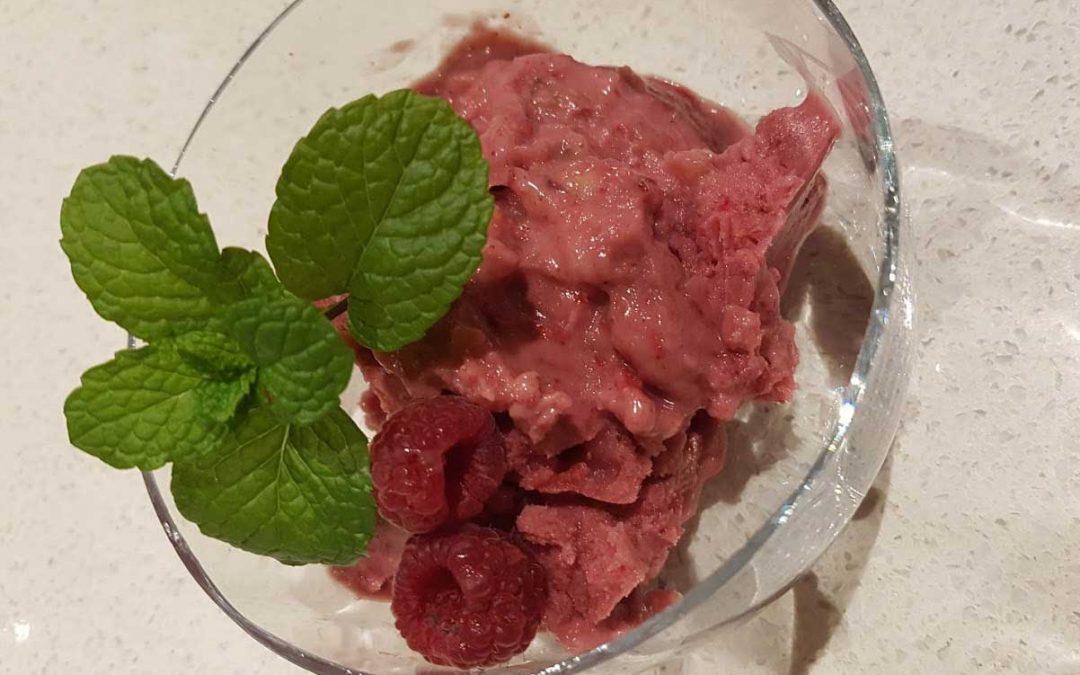 I had a vague memory of seeing a recipe for paleo ice cream that was supposedly just bananas and berries. So I went hunting.

My first experiment was with the recipe at http://paleoleap.com/paleo-coconut-vanilla-ice-cream/. This was based around a coconut milk base – which needed heating to a custard-like texture, before adding your preferred flavouring and freezing. It didn’t really work for me – it ended up being way too hard/solid, and I wasn’t overly fussed with the flavour.

My next experiment was the recipe at http://www.amazingpaleo.com/2012/05/31/banana-berries-ice-cream/
The ingredient list initially sounded daunting, as it included all the decorations.
But the guts of it was just bananas, berries, some almond butter to make it creamy, and a little vanilla essence to taste. 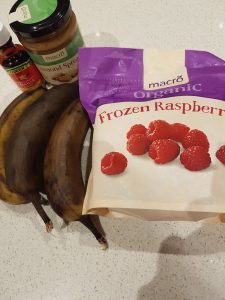 Theoretically you are supposed to freeze the bananas first, and then defrost them a little so that your blender/food processor doesn’t work overtime. (Like in my first experiment).
This was a late night impulse dessert, so I just grabbed some over-ripe bananas that had gone nicely brown in my fridge. Unfrozen. 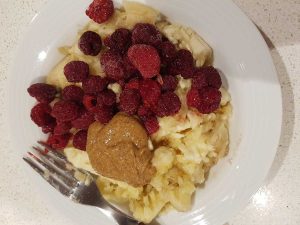 And as my blender is a little gutless, I initially mashed everything up by hand with a fork.
And then decided not to use the blender at all. 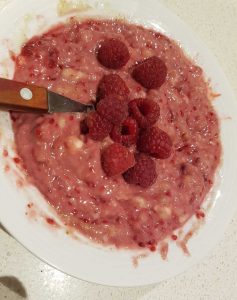 I have a 22-year-old ice cream maker that my lovely friends at Westpac gave me when I left to start a family. Because everyone knows a new mum and bub need ice cream. It still works. 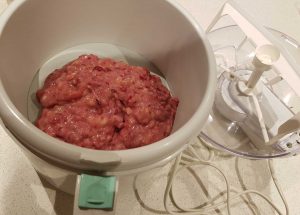 So I threw in my hand-mashed mix, and left it to my trusty ice cream maker.

I waited as long as I could, but did dish it up a little early. 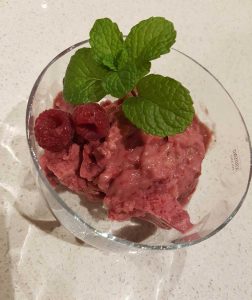 Only one problem. It didn’t make enough. Just one serve each for the ferals and I.

Voted as one definitely to make again. Yum. and Yum